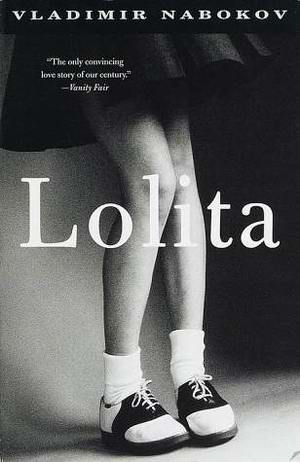 Lolita, light of my life, fire of my loins. My sin, my soul. Lo-lee-ta: the tip of the tongue taking a trip of three steps down the palate to tap, at three, on the teeth. Lo. Lee. Ta.
She was Lo, plain Lo, in the morning, standing four feet ten in one sock. She was Lola in slacks. She was Dolly at school. She was Dolores on the dotted line. But in my arms she was always Lolita.
Did she have a precursor? She did, indeed she did. In point of fact, there might have been no Lolita at all had I not loved, one summer, a certain initial girl-child. In a princedom by the sea. Oh when? About as many years before Lolita was born as my age was that summer. You can always count on a murderer for a fancy prose style.
Ladies and gentlemen of the jury, exhibit number one is what the seraphs, the misinformed, simple, noble-winged seraphs, envied. Look at this tangle of thorns.

I remember cursing Korean when I read the first page of Lolita. No passage written in my mother tongue had scratched the old clots of feelings and memories the way Nabokov did in these three paragraphs. And they were written in a language that is not mine, and that will never completely become home to my feelings.

Or perhaps, he did speak my language. Foreigner's English, that is. A particular dialect of English burdened with foreignism, heavy reliance on foreign affixations, evident hints of verbal struggles and uneasy oscillation between vague circumlocution and hyperconscious exactitude. Nabokov was a master logomancer and he tamed English to his command far beyond the level I was at, but from his sentences I still got the feeling that he and I spoke the same language.

Two of my favorite writers spoke this language. Nabokov and Conrad. And these are the ones I read the same way as I'd read my own thoughts. We speak the same language, you know.